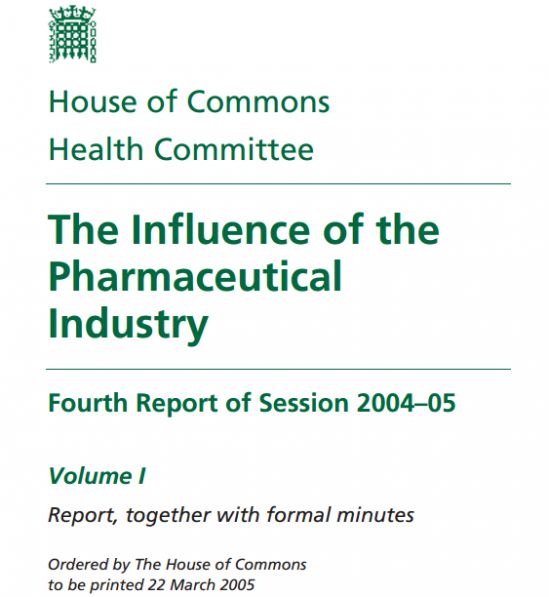 Throughout this inquiry we received much evidence about the influence of the
pharmaceutical industry. We were told that it permeates the health service, regulatory and
licensing bodies, research institutions, Government and the public perception of
medicines. The extent of this influence was pithily expressed by Dr Richard Horton, editor
of The Lancet:
The pharmaceutical industry has been enormously successful at inter-digitating itself
in the usual process of healthcare in the UK. It provides people; it provides
equipment, services, buildings, facilities and, of course, hospitality. At almost every
level of NHS care provision the pharmaceutical industry shapes the agenda and the
practice of medicine.102
159. Here, we examine the claims made by witnesses about the industry’s influence on the
processes, groups and organisations that determine what medicines patients receive and
how they are used. We also look at how those bodies which regulate the industry, and other
potential countervailing forces, have responded. The key processes, groups and
organisations include:
a) Research, particularly research priorities and the conduct of medical research;
b) Prescribers;
c) Patients and patient organisations/medical charities;
d) The drug regulatory system; and
e) Government and associated bodies, including NICE. "